Is a Knitting Hangover a YarnOver?

Wowza, what a weekend!

Saturday was the Sunflower Knitting Guild’s Kansas yarn crawl. Laura volunteered to drive us, and Carmen, Jen & I gallivanted together. Carmen is the (self-proclaimed) Ghetto GPS, and at some point, I had to point out she didn’t have an “off” button. She retorted it done broke off and you gotta get the pliers out if you wanna change it! Well served comeback, my friend. There was a lot of laughing, needless to say, in between our shopping.

We went to Knit Wit, where I bought two skeins of beyootiful laceweight yarn. (You get so much yarn for the moneh, oo oo, oo ooo) It’s in BlueBlood Red. 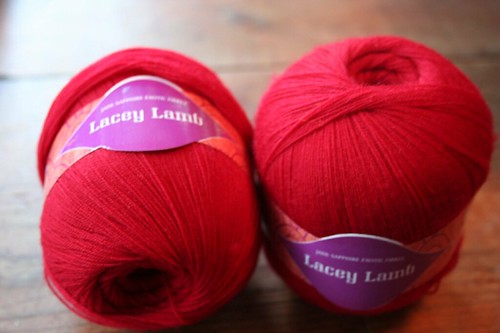 Then we went to the Needle Nest, and I didn’t find any yarn there that had to come home with me. I picked up a couple of Amy Butler patterns, and admired some fabric, but it was getting pretty crowded inside, I was starting to overheat and it seemed like a good idea to get outside and out of the way. Laura took this pic of us under the vine-covered arbor in front of the shop: (Nobody was outside with us, so we couldn’t get a foursome shot. And my picture? Did not turn out. My little Kodak gets fussy if you don’t let it whir and think for at least 15 seconds after you take a picture. Grrrr. But, at least the Canon behaves & all the rest of the pics were taken with that.)

Back to the narration! After Louisburg, we zipped off to Lawrence, and were 45 minutes early for our visit to Tracy Bunker’s studio, so we trekked over to the DQ, and had us a snack. I love the DQ. We arrived back at her studio at the same time everyone else on the crawl got there, so we all descended at once. I bought some Rayon Ruffles in Dragonfly – the colors are atypical for me, and it was really reasonably priced. The only downside is that I noticed her sweet dog Ruby had a bunch of little black bugs on her tummy, so I’m quarantining the yarn until I’m sure I didn’t bring home anything unwanted visitors for our dogs. (We use Advantix on them, but still. It’s a battle I don’t need!) 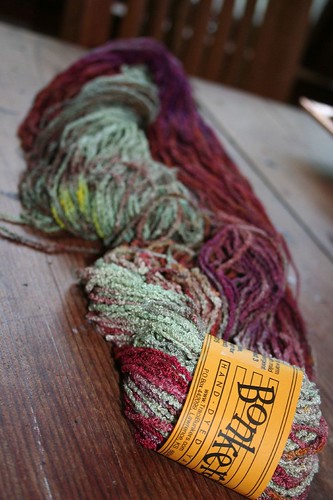 The last stop was the Lawrence mecca, The Yarn Barn. I wasn’t going to get anything, actually, until I saw a shop sample of a cute cotton tote bag. They didn’t have the pattern, but I got some cotton yarn, and it’s a crochet pattern, so I figure, why not, I can single stitch crochet like a mad woman, maybe I could crank something out super fast?! Who knows. It looked like a relatively simple shell stitch, and it’s for their learn-to-crochet class. Famous last words, I know – but it shouldn’t be :that: hard? 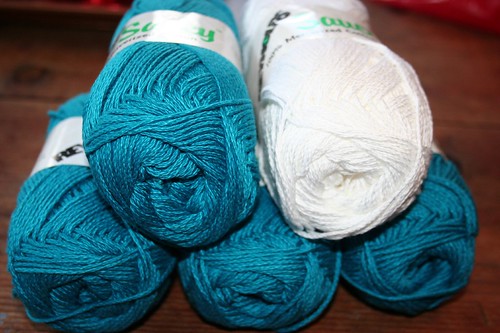 We went back to our carpool meet-up spot, and then Carmen and I went on to Joann’s, because I had to get more candy melts for the next day’s activity! Yup. We had a Ravelry meet-up at The Studio, Sunday afternoon. And because cupcakes are practically the official dessert of Ravelry, we had a cupcake contest. Boy, did we get a lot of cupcakes! It was awesome! Mine were simple – white cake, chocolate frosting, edible glitter, and then the toppers were the Studio’s daisy, made out of colored candy. I was inspired! 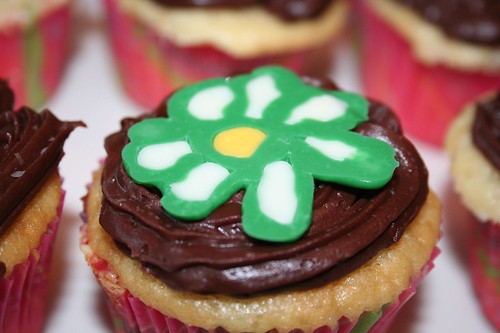 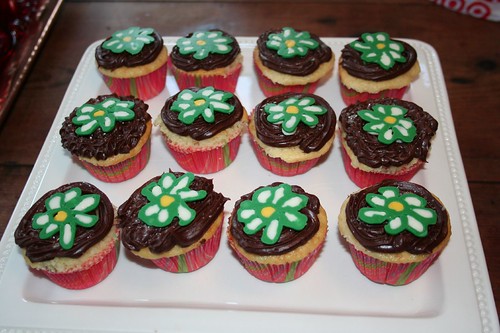 Then, since I was on a roll with the candy-making, I made dipped and molded pretzels as well. (Those did not go to the event. The Wo loves ’em.) 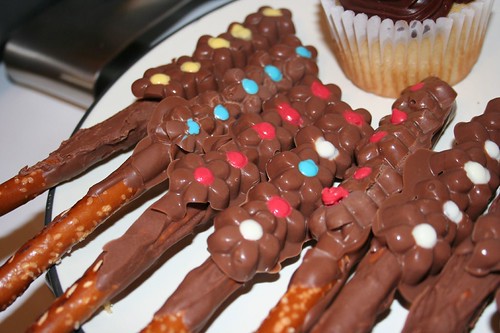 We had a GREAT turnout, with around 45 knitters & crocheters & spinners showing up!

It was a sunny day, and everyone pretty much clung to the shade. 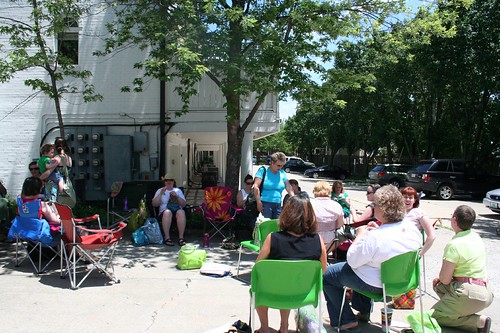 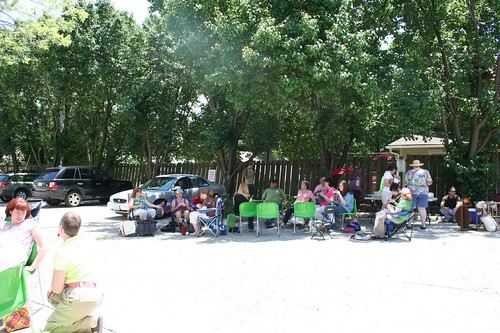 There were all sorts of cupcakes: 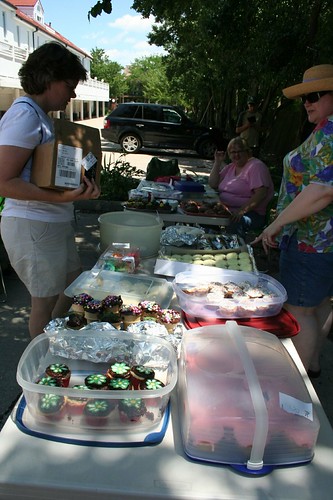 My cupcakes won for Manager’s Choice, and I got a fabulous “Ripped” shot glass. I also won a Studio goody sack, and then my name got drawn AGAIN, but they picked another person, because seriously, it would have looked rigged at that point. (It wasn’t! I swear!)

The best part about yesterday is this: 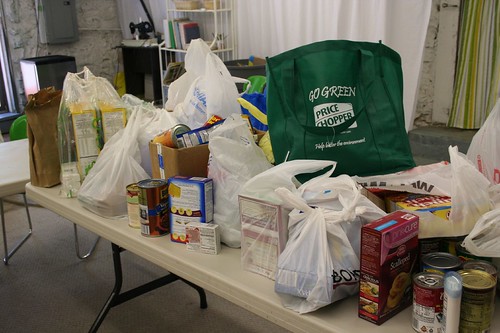 We got an entire table full of food donations for Harvesters. Knitters are good, generous folks! And they can bake like fiends, too….

Now I need a weekend, to recover from my weekend. Oh, and I’d be remiss if I didn’t give a posthumous shout-out to George Carlin. He was just here a minute ago! Man, what a funny, funny dude. He will be missed, and I can only aspire to swear as much as he did.