1. The stoplights on the entrance ramps on I-435 make me crazy. CAH-RAY-ZHEEE. I think it’s because I had five years of dealing with those motherfucking things in Minneapolis, and they were definitely more hard-ass about them up there (only one car per green, not two), and in most instances, there is at least a little more room to accelerate than what I remember. Also, these seem to be turned on when traffic is at gridlock, vs. in Minneapolis, they just were ON during rush hour, no matter how busy the roads were, so you sometimes had the momentous excitement of going from 0 to 60 in half a city block to merge into traffic going 70 mph and your lane was disappearing rapidly. So yeah, I know, it could be worse. But with my new job (yay!) I have loooads of commuting options, because so many major streets run parallel to the highway, and my distance on the interstate is pretty short to begin with. But I still like to bitch about those lights. They are my Vietnam Flashback.

2. Boundaries are important. I think I’ve really learned that lesson this past year. My spidey sense is honed to intrusions on my boundaries and I react accordingly. Sometimes overwhelmingly. I feel very wary and watchful in a lot of different situations, I’m resentful when my time is taken for granted (or considered less-than), and I am spending less time trying to fix things and just walking away from broken detritus. It keeps my boundaries springy and happy.

3. I believe I am the last person in the metro area who is not sick of winter. Let’s face it, I’ve got plenty of my own insulation, brisk weather invigorates me, you can always put on a sweater, and as long as it isn’t icy? I’m cool. Literally and figuratively. Snow makes me happy – as long as the streets get plowed! 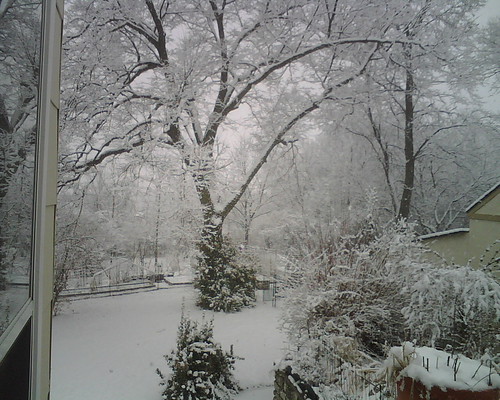 4. If people don’t appreciate me (and especially if they’re family), I find it triggers Instant Resentment! You don’t even have to add water, just shake the contents and presto, a fiery concoction of vitriol and cursewords. In some cases, also some sadness. I knit some really nice things this winter – one for my mom, one for my dad’s second wife, I sent them, and never heard a word. Boundaries. Silence is sometimes as loud as a land mine.

5. Other family members are fiercely protective and appreciative of me, and it makes me weep with confusion and gratitude. Sometimes my boundaries just melt.

6. There are some batshit-crazy people in the world and you just can’t understand them, because nothing starts from a logical argument. My poor brain keeps trying to scribble out equations with motivations and potential scenarios and conclusions, but it’s fruitless.

7. Even though I realize I am a Responsible Adult, it is breath-catchingly surprising when I’m actually called that. I took a friend to and from an oupatient procedure last week, and when I picked her up, they read the home care instructions to me, because I was “the Responsible Adult”. I was like, wow – really? Lady, I can hardly get my laundry done, it’s my biggest nemesis. But yeah, I guess I still qualify.

8. I picked up said friend’s prescription and was extremely disheartened to see that infant formula is behind a locked window in some drug stores. Sigh. 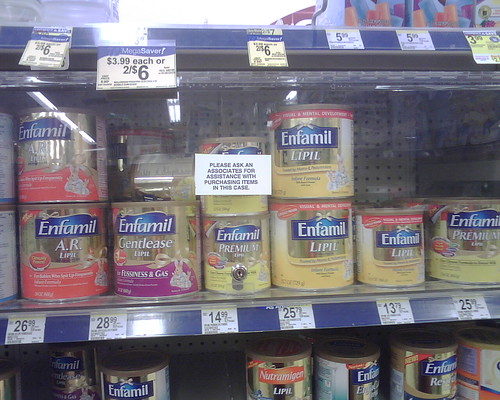